Well the 2013 Seychelles whale shark season is upon us already, this year is flying by, and we already have had a few sightings of whale sharks down in the South from the helicopter and gyro-copter pilots... but only two in-water encounters so far, both with divers without cameras! 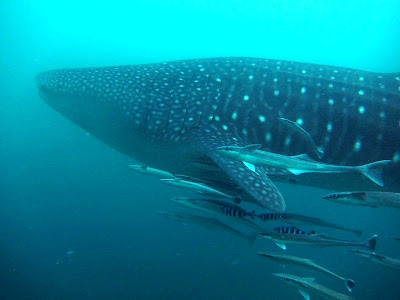 So for our first post of the season, lets introduce this year's team, who have all promised to post to this blog regularly...

The Team Leaders are:

These two will be ably assisted this year by a 'Scholar' from last year's team, Savi Leblond from France (& USA), who's main goal is to make everyone's lives easier and more fun! The successful interns, already labelled as 'inmates' this year are mainly British but they seem to  have a spread of current residences:

Alison Bohnet, (Inmate 2) is a Canadian but was most recently a resident of Coral Bay, Australia. Here she ended up working for another ex-MCSS team leader, Luke Riley, during her Gap Year travels and was soon bitten by the whale shark bug! 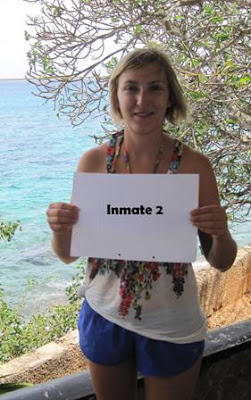 Freya Womersley (Inmate 1) is from Devon, England,  and is a biological sciences graduate from Exeter Unversity. Hoping to pursue a career in conservation or science communication, she has come to Seychelles to broaden her horizons and hopefully meet lots of large spotty sharks! 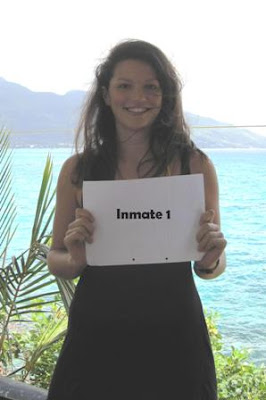 James Daniels (Inmate 3) is from Surrey, England and is a student on a gap year prior to taking up a place at university. His gap year travels will take him to Africa for volunteer work and then on to New Zealand and South America, but first he has an appointment with some Seychelles sharks! 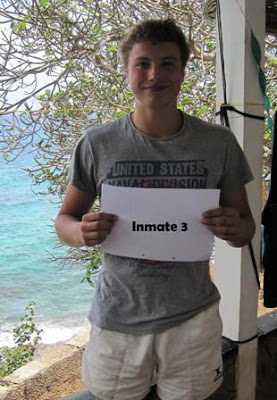 Matthew Leiper (Inmate 5) is a graduate in Wildlife and Media from Nottingham, England. His travels have taken him to Australia, the Red Sea and the Azores where the sperm whales and dolphins convinced him that marine life was the way to go. He should get a nice collection of spotty shark photos to go with his collection... 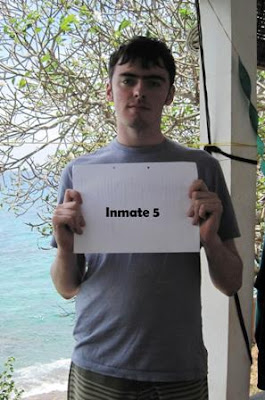 Sarah Baker (Inmate 4) is from Dorset, England  and has a degree in Animal Management & Welfare. Her interests in wildlife have taken her volunteering with the Atlantic Whale Foundation monitoring short-fin pilot whales and Atlantic bottle-nose dolphins.... time to add a few sharks to that CV! 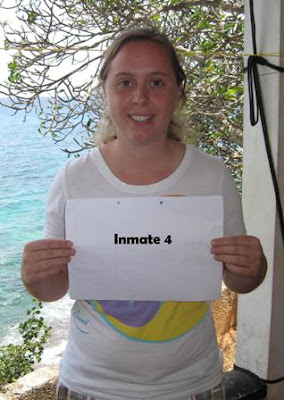 So that's this year's team who are currently getting stuck in to week 1 of boot-camp, learning about the techniques and programmes in between playing with Sid and Dora who seem to want to be a part of the activities these days...

Our pilots have assembled and serviced the micro-light aircraft, which has sailed through its annual air-worthiness inspection and all we are waiting for now is the official paper-work to be issue to release them into the sky; so everyone needs to keep fingers and toes crossed for good weather on Friday morning!

Posted by The Marine Conservation Society, Seychelles at 11:14 AM No comments: