Things may have seemed to be a bit quite on the whale shark blog over the last few months but behind the scenes there’s been a lot going, not least of which being David finally getting the long awaited book on Whale Sharks completed… 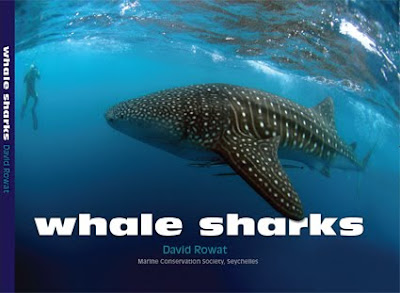 And so after many months of hard work and the input and contributions of a very great many people, the book is now rolling off the presses as we speak! “Whale Sharks – An introduction to the world’s largest fish from one of the world’s smallest nations, The Seychelles” is in A4 landscape format with a hard cover and has 128 pages covering general biology, Ecology, Research and Conservation. 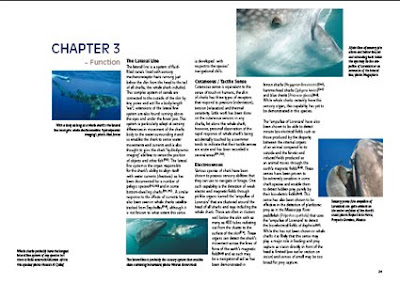 Image wise it is copiously illustrated with 60 stunning full page colour prints and over 200 inset photos from a wide range of contributing photographers. There is also an Information section with details of whale shark programmes globally and while it is not designed as a scientific text it is fully referenced with a bibliography of the scientific reference papers for those keen to follow up on specific aspects. 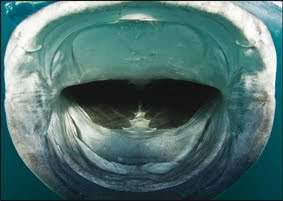 The foreword is by Dr. Geoff Taylor, the author of the classic 1994 book “Whale sharks – Gentle giants of Ningaloo Reef” and this book hopes to continue the work that Geoff started by providing up-to-date information to the public about this the world’s largest living shark. 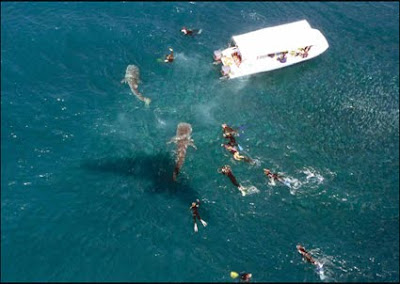 The book will be released in mid August with a cover price of £40, but pre-delivery is now available on-line through YPDBooks.com at a special price of £35 per copy.
We hope that you enjoy it!
Posted by The Marine Conservation Society, Seychelles at 1:06 PM No comments:

Two images were recently sent to us of a whale shark with a satellite tag in tow sighted off Sharm Al Sheik on 28th May.
There was some discussion that it might be Sammy but this is unlikely as the tag is a towed format and Sammy’s was a PAT…

So if anyone that has been tagging in the Red Sea lately and thinks this is one of theirs do let us know and we’ll put you in touch with the divers that reported it! 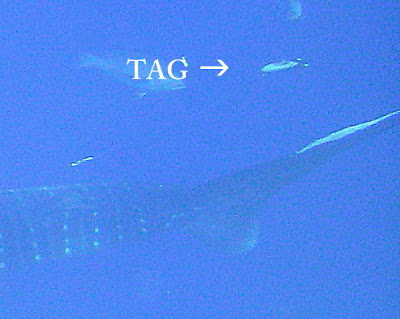 Posted by The Marine Conservation Society, Seychelles at 4:20 PM No comments:

Blog readers will recall that we posted news of the first Seychelles whale shark for the season a week or so ago; the shark was recorded by volunteers diving with the Global Vision International project on Friday 4th of June off the ‘Lighthouse’ / Grouper Point on NW Mahe. 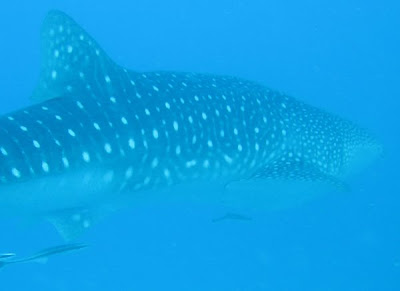 Here is UT06-098a swimming off the Lighthouse on June 4th 2010, photo GVI
It was thought that the lucky divers hadn’t been able to capture any photographs but in fact two images of the right side were quite useable and matched a previously recorded Seychelles whale shark UT06-098a. This was a shark which was first recorded on the 11th of October 2006 off Baie Lazare in the South of Mahe by David and the MCSS team and seen four times later that year, consistently being identified as a 5 metre male.
After that, the shark was not seen again until the 3rd of June 2009 when a diver with the Underwater Centre photographed him off the ‘Lighthouse’… and here he is almost a year later to the day, at the same location… now that’s consistency! 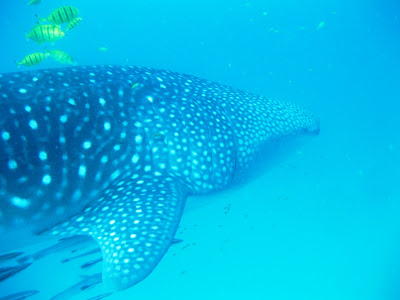 And here he was last year on June 3rd 2009, off the Lighthouse once again, photo Louis Beaubet
As the start of the monitoring programme nears, the interns and staff for the coming season are becoming increasingly eager to get into the water… hopefully our early season 'Mr Consistent Shark' is a good omen for the coming months.
Posted by The Marine Conservation Society, Seychelles at 4:45 PM No comments: