The magical time of the year is upon us once again... that’s right, WHALE SHARK SEASON! Our four ready and willing interns arrived last week. They are, in no particular order... 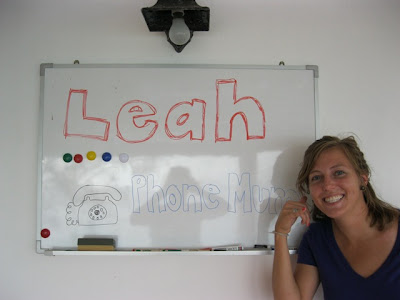 Leah with a little reminder.....

Leah Myer, taking time out from her biology studies in America to follow her love of big spotty fish across the Pacific, bringing with her a never ending supply of small pink jelly fish sweets! 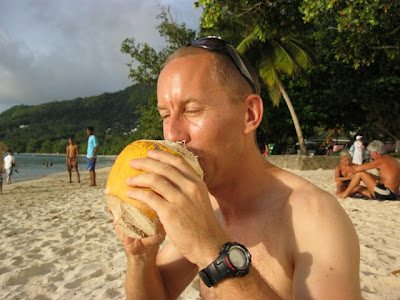 Mark working hard on his day off....

Mark Rutherford, an ex air traffic controller from the UK, now on a quest to find out what he wants to be when he grows up! 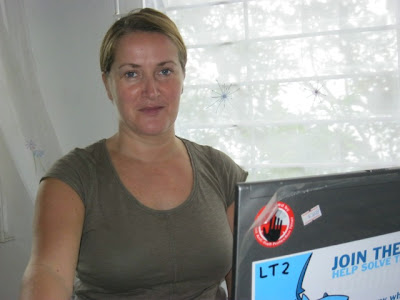 Susie mastering the I3S process
Susie Lilley, a Scottish lass who’s accustomed to Seychelles life, having completed internships with GVI and as a dive master with the Underwater Centre earlier this year. 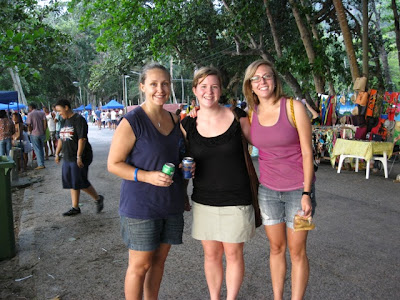 Abi, Sam and Leah checking out the weekly 'Bazzar'

Joining us later in the season is intern Darren Whitehead from the UK, who has experienced our big spotty friends in the Philippines, volunteering with the WWF whale shark programme in Donsol.

After their last weekend of leisure, they started training on Monday.... also known as 'Boot Camp'! This consisted of the introductory whale shark talk by Dr David, a long lunch followed by an afternoon’s encounter with their first whale shark (albeit a fake one!). Team leader Gareth Jeffreys took the interns snorkelling, showing them how to lead an in-water encounter and collect the vital whale shark information. The day concluded with a relaxing team snorkel, with Gareth retaining his ‘who can see a turtle first’ badge! 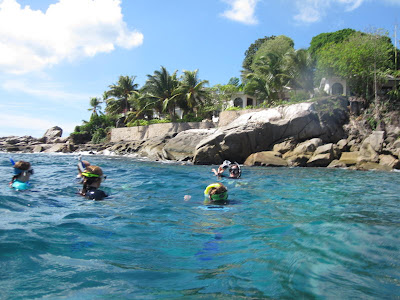 The first snorkelling session, right in front of the MCSS office, so they're easy to keep an eye on!

The rest of the week consisted of morning lectures by Dr David and more training. Team leader Abi March taught the interns the office based skills needed for collating and analysing data collected, and shared her love of the I3S photo ID software. Gareth led training in the art of lasering a whale shark –not as painful as it sounds- a tool to gain an accurate measurement of the shark. 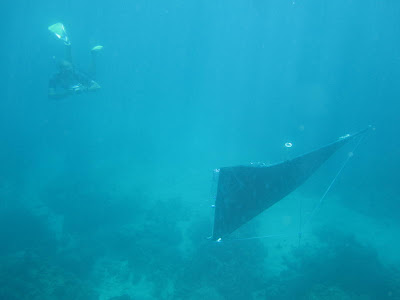 Photo ID practice on our 'dummy' whale shark... got to get it right for the real thing!

While the interns were excelling in learning new skills, our pilot Johan Anderson got the microlight in tip top flying condition with the help of fellow pilot David Daniel. During the season, Johan will be conducting aerial surveys and assisting the boat with the encounter trips, alongside pilot Dirk van Loggrenberg, who joins the team in early September. 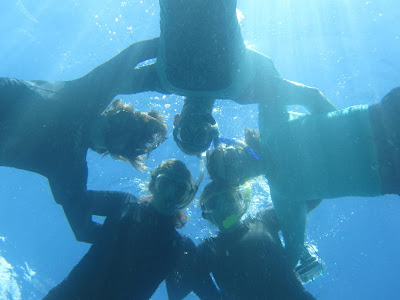 Gareth and team at the end of the first session ....

In the last few days, test flights have been made and whale sharks have been spotted! If things continue as they are, it looks like this is going to be another great season!

Posted by The Marine Conservation Society, Seychelles at 12:22 PM 1 comment:

Our first big spotty visitor to the Seychelles this year has now been identified! On Monday 25thJuly, Global Vision International (GVI)were out at sea conducting their weekly plankton tows when the unmistakable spotty shape swam by. On board was staff member and fantastic photographer Joe Daniels, who is trained in the art of whale shark snorkelling and ID photography having completed his whale shark internship with MCSS last year.

With a few of the team on board, he entered the water and, following the whale shark code of conduct, managed to snap a left and right side of the shark. Later, GVI sent the images on to us and we were able to identify the shark as sey.2006.054. 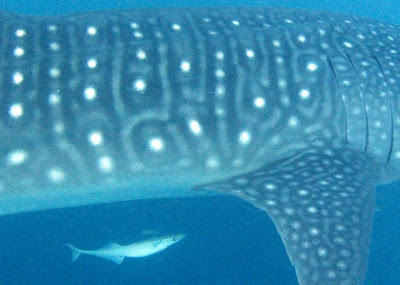 This shark is a male, estimated to be about 4m and was first seen in 2006, then again in 2008 and 2010. The shark hung around with the snorkelers for about 5 minutes before diving. He was accompanied by about 25 remoras (shark suckers who accompany large pelagic animals) and had no noticeable scars. As later this month will see our whale shark interns arriving, we hope our early visitor is a sign of a great season to come! Thank you to GVI and Joe for their encounter details and photos, great job! To see more of Joe’s spectacular photography visitwww.jldaniels.co.uk 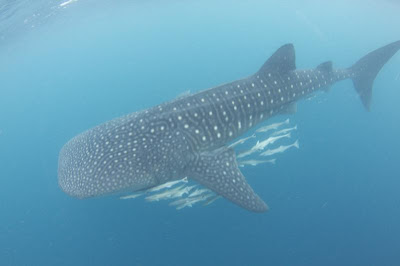 Posted by The Marine Conservation Society, Seychelles at 10:07 AM 1 comment: